We’re very proud here that we’ve just topped Â£3,500 in Conservation contributions over the last six years from our efforts at the British Birdwatching Fair alone.

For those who don’t know, the British Birdwatching FairÂ is “The Birdwatcher’s Glastonbury”, the largest Birdwatching and Nature Fair in the world, which takes place every year in Rutland in the UK. 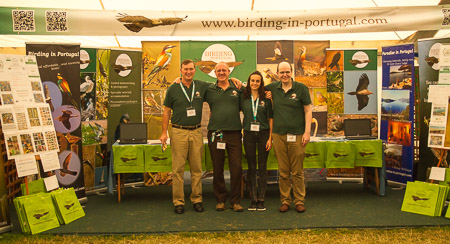 Every year we have a large stand there under the name “Birding in Portugal” to promote Portugal as one of the best places in the world to go birding and watch nature, and every year we give a free week’s accommodation at the Quinta as a donationÂ towards an auction that helps Avian Conservation projects worldwide. Of course this is on top of the contributions we make by other means towards conservation worldwide and also here in Portugal; it all adds up, and it’s wonderful to reallyÂ feel the truth in that old adage, “Giving is better than Receiving”, especially to such a worthwhile cause.

Every year we also run a raffle there, with a first prize equal to the auction contribution, (as above), and aÂ runners-up prize of “three-night, mid-week free accommodation” at the Quinta. 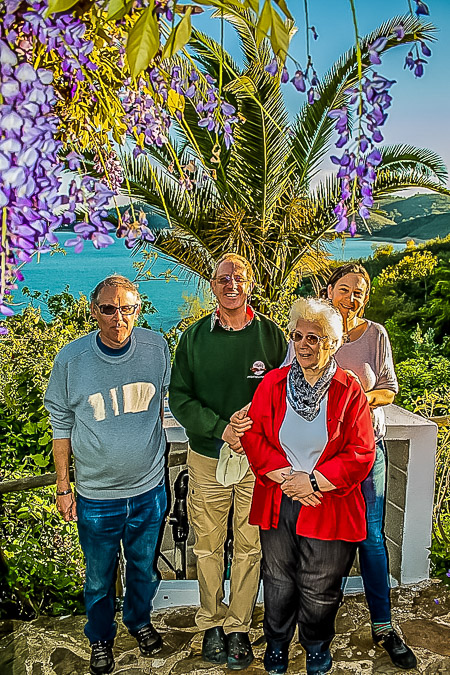 The 2015 Raffle winners with Frank & Daniela

Last year’s 1st prize winners were Liz and David Hughes, pictured above at the Quinta.

BothÂ prizes are subject to availability of course, butÂ are valid for any time between March 15th and July 15th or September 10th and October 31st next year, a wide enough window that should suit everyone. A smaller window is the time during which we should be advised by the winners, as bothÂ have to be claimed by midnight of the 13th September this year.

I’m glad to say that this year both prizes have been claimed so congratulations toÂ Kenny Hall and Kevin Woods. We look forward to seeingÂ you out here next year.

Just one more thing before I sign off; we’ve been awarded Tripadvisor’s Certificate of Excellence again, the fifth year in a row now. This is the industry’s top Customer Review site so we must be doing something right!

Good luck and I hope we’ll see you out here soon! 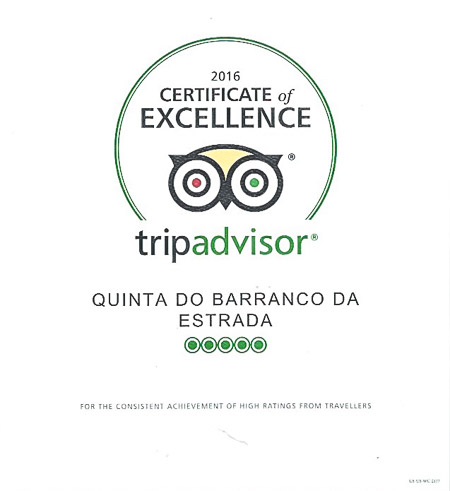 This year’s Certificate of Excellence